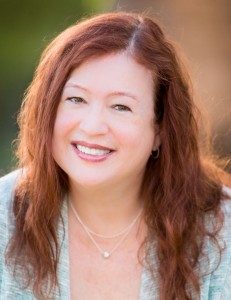 Ivory LaNoue, known as Ivory Angelic, is a medium, intuitive (psychic), energy healer, and spiritual counselor. She is a long time central Arizona resident with an abiding love for the beauty and variety of the state.

Since 1996, Ivory has been a professional psychic, and mentored with Susanne Wilson, the Carefree Medium, for mediumship. She studied Gigong with Jan Kennedy, PhD in 1999 and has been giving profound energy healings since then. She is currently working on her PhD in clinical hypnotherapy.

The root of Ivory's journey to her mission was seeing angels and spirit from a very young age. They have appeared to her and spoken with her since she was age 2. In 1986, Ivory had a profound spiritual awakening, which set her on an intense spiritual journey which continues to this day.

Her background is in the field of mental health. She managed the mental health program for Yavapai County, and spent 18 years working with low-income and homeless persons.

Before she entered the field of mental health, she worked in radio. She hosted an entertainment talk show which won high awards with the Associated Press, and was awarded an honorary Purple Heart for her service to veterans, via her talk show. Ivory is currently the host of two radio shows on www.BlogTalkRadio. One is a spirituality show called Ivory Angelic, the other is a support show called Your Life Matters. Both are part of the Journey into the Light network on BTR.