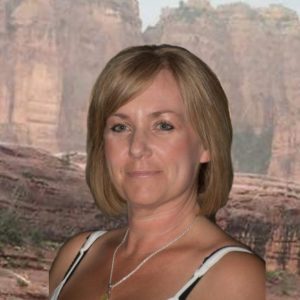 You can write a review at the bottom.

I had an Energy Transfer Reset session with Terri-Ann last week. She has an awesome energy and we had a great isession. The ETR was really wonderful. During our session, she put a capsule of protection around me and as soon as she finished, I felt an energy that I didn't realize was there, lift away. I feel like it's no coincidence I was able to make some changes in my life since that I have been truly struggling with for months. Thank you for the wonderful session!

My session with Terri was powerful, I felt my energy shift and I feel so much more aligned with my purpose as I’m calling in my healing modality to become clearer and clearer. I definitely recommend her!

I had a soul pattern session with Terri-Ann on January 28th. I was actually preparing to fly out of the country to deal with my step father's sudden death. I was frazzled and heart broken and after doing some breathing with Terri-Ann I had this calm flow through me. She did some work regarding my trip, my sudden loss, and she said my step father would make his presence known while I was out there at his home and off I went to pack for my 12 hour journey feeling so much better then I had before our call.

So many mind blowing things happened on my trip. A few examples are: 3 different times my step father reached out to my mother and I via phone. There was a phone call on his house phone and when my mom answered it was white noise that kept breaking up as if someone was trying to speak. Then all of the house phones (he had 4) were dead and one kept ringing, however because it was dead, there was no caller ID or no way to answer it. Then whenever someone would call my moms cell phone, even though the number was saved in her contacts, the name came up as my step father's name. Wild!

Another was, I was folding a few of his shirts to take back home with me and when I went to put one of them in my suitcase I felt a hard object in his pocket (it was definitely not there when I first folded it). It was a porcelain egg that said "even though I am miles away, I am always with you"

I honestly believe Terri-Ann helped me deal with the crazy week that was in store for me. I was shocked at how well I handled it all and I felt less sad about his leaving and more assured that he is still here with us.

I highly recommend her and I myself plan to schedule more with her!!!

One of the most profound moments in my life! Terri-Ann provided what I absolutely needed to keep moving forward in my life's journey. She is an amazing soul, so connected, nurturing and grounded. I was honored to sit with her last weekend and hope to continue throughout my life. Terri-Ann is a true blessing.

Schedule An Appointment With Terri-Ann Here